BROADWAY IS BACK! Starting this Fall! BOOKING YOUR GROUP NOW! Call for Info. MORE INFORMATION HERE.
Skip to content

You are here:
Home » Buzz Article » Broadway News Bites and Bits for November 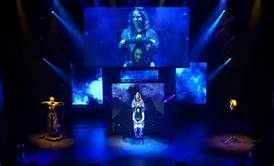