This Thanksgiving Only 1 Turkey is on Broadway

You are here:
Home » Buzz Article » This Thanksgiving Only 1 Turkey is on Broadway 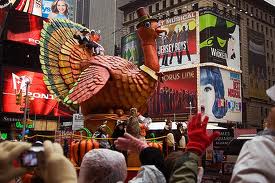