The Comet is Coming: Great Comet of 1812 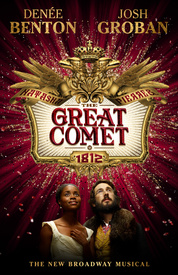