Something Rotten! Is Anything But Rotten: It’s the Hilarious Broadway Musical

You are here:
Home » Buzz Article » Something Rotten! Is Anything But Rotten: It’s the Hilarious Broadway Musical 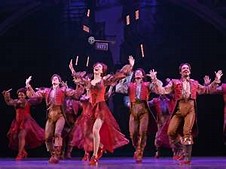