You are here:
Home » Buzz Article » It’s Only Play a Hilarious Broadway Hit is a Money-Maker 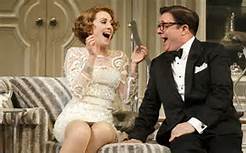