You are here:
Home » Buzz Article » Get Group Tickets for Broadway’s 5 Most Popular Shows and Save 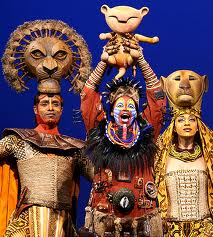