For Broadway Musicals Love is in the Air

You are here:
Home » Buzz Article » For Broadway Musicals Love is in the Air 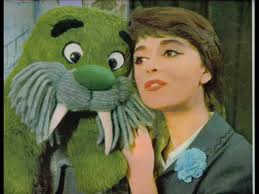