You are here:
Home » Buzz Article » Ewan McGregor to Make Broadway Debut in The Real Thing by Stoppard 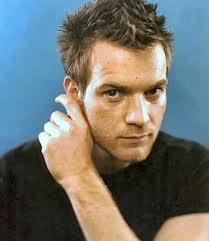