You are here:
Home » Buzz Article » Brits Invade Broadway with Musicals and Plays 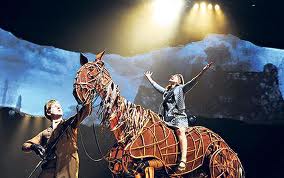